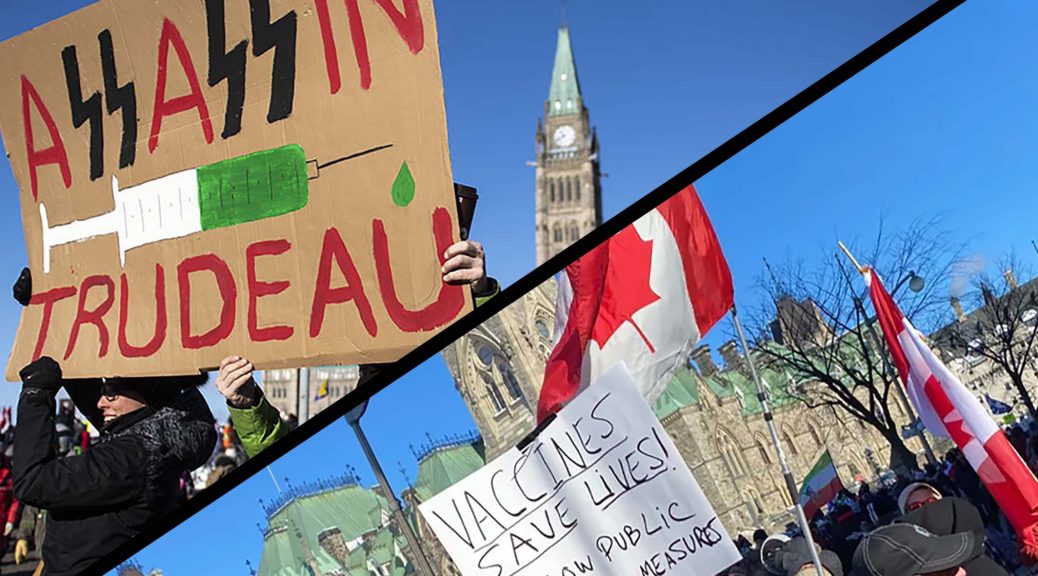 Media is a tricky thing. I should say, discerning truth as the media presents it is a tricky thing. I had the fortune of teaching a course on this very topic at our community college this past fall and the two-fold conclusion I came to after all was said and done was this:

Because, as it turns out, there’s a serious dearth in our society of critical thinking in and around the media that comes at us, whether it be on the evening news, our social feeds, billboards along the highway or any other of the countless ways that the various agendas in our world try to get us to buy into their narratives.

Our news media is perhaps the most insidious at this, thus requiring the most critical of thinking in our consumption of it. We need to be paying attention to the narratives being so masterfully orchestrated and ask the questions as to what might be the motive in presenting the news in a particular way within a particular light, who is benefiting from this particular narrative, and so on.

The situation isn’t helped with the friendly-to-no-one algorithms that our favourite social media platforms utilize in getting media in front of our eyes. Everyone knows this by now and it’s a secret to no one that we all live in digital echo chambers that work to feed us the kinds of media that will confirm our bias, incite anger within us and gently coax us into thinking our reality is the reality; that the narrative we’ve prescribed to is The Narrative that matters. That’s a dangerous place to land, both for individuals and even more so as a collective. When we’re convinced that our version of reality, as dictated by the media we’re consuming, is capital-T True, we’re compelled to convince others of this. The problem is, these algorithms are peddling a different version of reality to our neighbours, who also feel compelled to convince others of their so-called capital-T Truth. The result is inevitable dissension and division; wedges deepening the divide along the spectrum until both sides are so far from each other that amicable dialogue is no longer achievable and common ground is long lost. Sadly, as long as Zuckerberg and his shareholders make their quarterly goals, don’t expect any of this to change any time soon.

This dismal reality demonstrates itself far too frequently with far too many examples to draw from. The Black Lives Matter movement is maybe the most prominent place to look in recent history. (But again, even in my recounting of this example, there’s an implicit narrative that I have bought into and that requires critical thinking and discernment on the part of the reader.) George Floyd’s unjust death at the hands of police sparked outrage from folks across the US and the world. Historical protests began that sought, among other things, reform in America’s justice system. The whole “Defund the Police” and other efforts grew out of this movement. Depending on who was constructing the narrative, and what our previous political and social biases were, and what media we had consumed up to that point, we were fed narratives about peaceful protests or buildings being looted; narratives about a more just society or about self-centred individualism; narratives about “a few bad apples” or ones that sought to lump large swaths of people into having the same destructive, anarchic agenda.

It’s easy to say, “the truth was somewhere in the middle,” but if this perspective accomplishes nothing accept self-justification for taking no action, then this is simply a cop-out. Trying to be in the middle on this, which I admit is where I’m most comfortable and default to way too frequently, absolves us of any individual responsibility. It’s a convenient stance to take when we don’t believe we can get to the bottom of it all or, perhaps more truthfully, when we can’t be bothered trying to get to the bottom of it all because we don’t see it as impacting us directly. If one were to buy into the narrative of “it’s a movement of entitled, destructive punks ruining society,” it may be an extreme view, but it at least has the power to incite enough of an emotional response that some tangible action may follow. Likewise, the “there are a few bad apples but overall, these people are pursuing justice and goodness” narrative is compelling enough for many to get on board and join the effort in some tangible way as well. But it’s worth digging to find the truth, or at the very least, a more wisdom-enriched position, which admittedly is a tough slog in the current media context we find ourselves in.

There are definitely some best practices available for developing media literacy and figuring out how and where to land on the next issue or event that flashes across the evening news and fills our newsfeeds. And again, everyone should learn these practices and just stop assuming you’ve “got it” and everyone else does not. But perhaps surprisingly, I don’t think the digging to find the actual capital-T Truth (or, more accurately, Wisdom) begins by wading through the media itself. Rather, as airy-fairy as it may seem, it begins with inward reflection. In the case of BLM, for instance, we begin by asking the bigger questions about what justice should look like apart from any of the players that make the headlines. We ask questions that seek to separate the emotion-provoking scenes that fill our screens with what we know to be good and true and worth pursuing. And yes, I’m assuming there’s a moral centre that most of us, regardless of political affiliation, would prescribe to because in my experience that has shown itself to be the case. Our deepest moral centres should be the starting place before we make any assumptions of the media that hits us every day.

Which brings us to the latest divisive issue of our day, imploring us to step up and take a side, plant a flag and rally behind a team: the Truckers Convoy in Ottawa. News media, with an implicit (explicit even?) narrative of compelling us to adhere to public health guidelines in order to navigate through this pandemic, including the value and benefit of mandated vaccinations, have substantiated their narrative through focusing on the Nazi flags, confederate flags, urinating on hallowed grounds, defecating on residential lawns, taking advantage of soup kitchen hand-outs, defacing statues, incessant noise pollution, etc. that have all taken place during this protest for freedom. Those who are, quite frankly, done with the public health mandates, disillusioned with the effectiveness of current restrictions and, perhaps even hold a skepticism toward the vaccines’ effectiveness in the first place, are much more inclined to find their version of reality to be very different than the news media’s, constructing their narrative based on the vast majority of protesters as being peaceful and kind and holding an air of love and inclusion.

So, who’s to be believed? Where do we plant our flag? Again, choosing indifference or apathy on this is an easier approach for sure. It’s much more comfortable, resists the need for awkward conversations and potential conflict and allows us to carry on with life as normal. But it also doesn’t accomplish much and allows the loudest voices to dictate the narrative.

Let’s be clear, you can always find the support you want to confirm whatever bias you already hold. And chances are, you don’t have to look very hard because the algorithms I noted earlier have already been doing the work of confirming your bias for you. Anecdotally, I can testify that a scroll through my Twitter feed is clearly constructing the narrative that notes how destructive and ill-informed and generally poorly planned the protests have been (I skew ideologically left, go figure!). And I know friends whose newsfeeds spell the exact opposite account.

And so, wisdom compels us to not begin with picking one side of the media but rather stepping back and asking the bigger questions and looking inward. These questions of course lead to subjective answers but that’s fine because they help to get at the heart of what fuels our tendency toward one position or the other. Questions that include:

And maybe most importantly:

And then these questions lead to perhaps more questions that are more objective and of which honest, truth-seeking citizens should concern themselves with and are also vital to ask:

These are the kinds of questions I’ve asked myself over the past few days as I’ve listened to both sides of the issue as open-mindedly as possible (again, considering the media context we live in), dialoguing with friends of different vantage points and listening to a solid nation-wide call in radio show on the issue (I encourage you to check it out if you’ve tracked with me this far).  The questions we ask will bring us far closer to a genuine and thoughtful perspective than simply following the current echo chamber we find ourselves trapped in.

I won’t share my particular views in this post (though I’m sure many who know me, know where I land for the most part) because the point isn’t to convince you that I’M right. Rather, my intent is to have us grow in wisdom through:

7 thoughts on “Big Trucks and the Road to Wisdom”