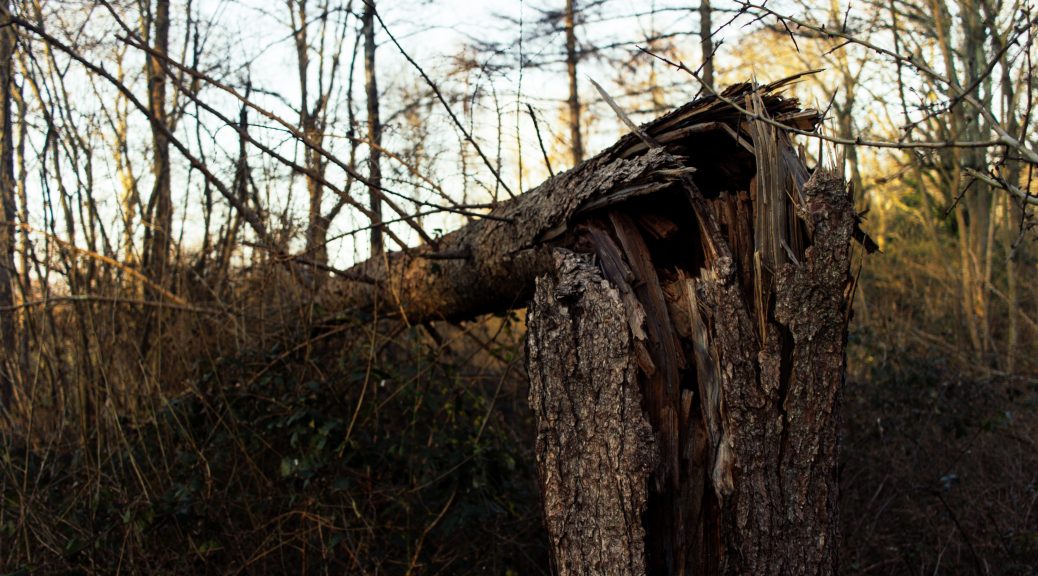 We’ve got this incredible grapevine in the greenhouse attached to our house. You can almost watch it grow these days. Perfect conditions – easy access to ground water (which doesn’t bode well for our basement right beside it, but I digress); south facing so it’s getting tonnes of sunshine; and sitting inside the greenhouse, giving it a stable and much warmer climate than would have outside of that greenhouse. Our greenhouse is basically replicating a hillside in Italy. Well, aside from the evenings that still chance to go below freezing. Stupid Northern Ontario weather.

Some plants thrive in this environment, others decidedly do not. As we know by now, I’m no horticulturalist, but I imagine if an evergreen tree were planted in the greenhouse, it would fare quite differently. All that heat and consistent climate would cause a slow growth rate, perhaps even stagnation, and eventually, maybe even shriveling. Whereas grapevines may need pampering, evergreens thrive best when under strain.

The last few years there has been a mantra living rent free in my head, playing out daily, and proving itself over and over and over again in my life and it is this: we only grow through adversity. Another rendition of it plays, “We only grow through conflict.” Or setbacks. Or hardships. As much as we resist, beneath each challenge of life is a gift of growth and perspective. This truth seems baked into the essence of our being and our species and, in fact, our planet. That this is what it means not just to be human but to be alive and to survive and to thrive: growth comes through adversity.

That sounds really lovely and something maybe to include in a motivational poster accompanied with a picture of a lone evergreen tree in a barren field or some dude scaling a windswept mountain peak. But I’m a bit tired of the cliché, if I’m honest. Because though I still hold to the truth of the sentiment, there are parameters and caveats that are required for this truth to become realized and it seems we rarely discuss those, maybe because they aren’t as inspiring or because it gets too complicated.

Because an evergreen will grow in harsh conditions but to what degree? There aren’t any evergreens in the arctic due to the ground being frozen year-round. We don’t see evergreens thriving in warm climates or in the middle of a desert either. They require nutrients. The right amount of water. Non-frozen ground for their roots to reach into. Walking through the forest and we see evergreens down as a result of too much wind. In fact, the more I think of it, the more I think these trees are a bunch of pampered wusses.

Another cliché we often hear is whatever doesn’t kill you makes you stronger but these days I’m starting to wonder about this. The more I consider it, the more I think growth is a fickle thing and maybe there isn’t a formula that can be applied across the spectrum of humanity for all people in all circumstances. What might be the strain and conflict and pressure that makes one person more resilient could be enough to break another and who are we to cast judgment on either of them?

This pandemic has brought this truth to light with stark clarity. Through my work, I have had the fortune, or misfortune as it were, to be on the receiving end of exactly how our community has been able to handle this. The monotony of each day, the strain of at-home learning, the challenges of paying bills, the anxiety of a new world that will forever be changed – all of it has been building toward a crescendo in which we’re now starting to see the cracks and fault lines begin to expand and burst. People are experiencing mental collapses under all of this strain and it is heart wrenching.

I don’t disagree with the sentiment of conflict producing resilience and growth. I still hold to it because examples in nature, my relationships and my own life abound. But maybe it’s time to not lean on it so adamantly. It may be true that we won’t know our own limits until we’ve gone through the fire but if the fire consumes us, it doesn’t really matter how much potential for growth we missed. Life is hard.

I think about this in terms of growing in my faith as well. We all desire a deeper intimacy and reliable lifeline to our Creator. And the stories of faith strengthening and deepening in the wake of hard times and deconstruction are everywhere. But equally, I’d say, are the stories of growing faith apathy and even abandonment in the wake of hard seasons, intellectual dissonance, misplaced expectations or a any number of other reasons most of us can empathize with. Whatever doesn’t break you makes you stronger, except when it doesn’t.

One of our favourite authors, writes:

If our faith is going to survive in this environment, it’s got to be tough enough to take a beating and yet tender enough to be moved, to be changed, and to take the risk of love.

How do we become like evergreen trees that can bend with the wind and not break? How do we walk that line, allowing our faith to take the beating but not allowing it to break us? This might just be the quintessential question people of mature faith should be asking on the daily. And not just seeking to address on an intellectual level but actually practicing the embodiment of the answer with our lives.

The first way, I think, is stated simply enough by Rachel – being tender enough to be moved and changed and to take the risk of love. Having a faith that can pivot, that can adjust course, that can move as it needs to. A tree that can’t bend eventually snaps. When the constructs you’ve held to so steadfastly can no longer bear the weight of your experience or lived reality, it doesn’t mean God’s not there or prayer doesn’t work or faith is all in vain, but rather that constructs are just that – constructs.  That is, raised systems used to help us point to and understand reality itself, but NOT the Reality itself. If we lose sight of that, and we mistakenly think our faith systems are in fact Truth systems, containing the Mystery in all its wonder, then it is inevitable it won’t survive because it can’t. As long as it’s undergirded with love and a pursuit of truth, our faith in the constructs of God can be molded.

And the other thing is people. Immersing ourselves in social groups that can hold our faith up in seasons of life too difficult for ourselves to bear; this is what community is there for. Community has a number of purposes but one of the main ones is to insist faith is not a journey to be traveled in isolation. It does not exist on an island, apart from others. A solid community is sensitive to the faith struggles of its people, helping them carry the weight of life’s burdens and coming alongside in support and in encouragement of better days ahead. It doesn’t mean there’s not work being done on behalf of the individual struggling. That work consists of humility and vulnerability and relinquishing of control, but through doing so, the people that surround and support are better able to hold them up. Let me add that it might not be “people” – it may just be one person. A mentor or close friend. Someone who “gets it.” Whatever its form, community, when practiced well, has the ability to uphold and carry us when our faith has taken a beating.

So whether it’s life’s hardships caused by a tragedy like this pandemic or a faith crisis with seemingly no way through, we have opportunities for growth in every circumstance. But maybe growth through conflict isn’t a given. Limits exist in all situations and although being moldable and having a community to support us are certainly two critical components to emerging on the other side, let’s be honest and acknowledge that even that is not always a guarantee. After all, enough wind will take down the strongest evergreen.

This post is part of a series in the #2021WritingChallenge started by Krista Ewert. This week’s word was “Nurture.”

One thought on “Growth in Adversity: Not Always a Given”