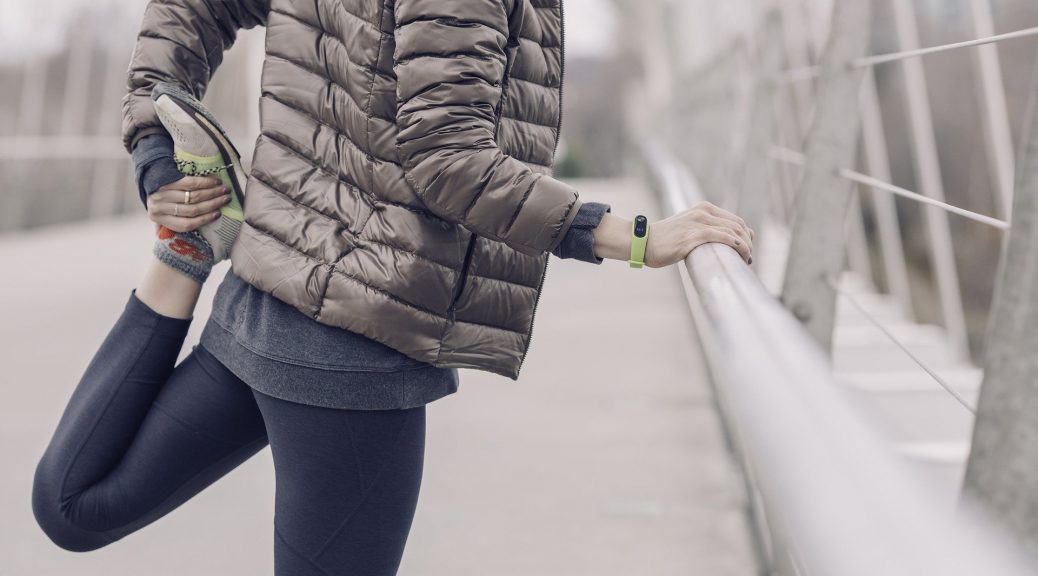 I ’ve been told that properly stretching before a run is a smart idea. Of course, I rarely do it, but it’s probably a smart idea. Yesterday I went for a run and it felt good but after a cool down and shower I was sitting at the table when I mindlessly moved my leg only to be gifted a lovely Charlie Horse and the reminder that I should have, once again, stretched before the run.

It’s a matter of spending 2-3 minutes of pushing my ligaments and joints to their limits, activating muscle groups and extending the range of motion of my body and the benefits are significant and yet I rarely do it. I get the kids I coach to do it before squash – we always spend 5 minutes stretching and warming up. I know in my head it’s the right thing to do. I’ve seen the benefits of doing so in the past. It has long term benefits. There’s a whole lot of science to back it up. BUT, it’s inconvenient. Time and again the inconvenience of properly stretching is sufficient reason to skip it altogether and deal with the consequences.

It’s like there’s this belief about stretching, a firm conviction I feel deep in my bones that stretching has value and is important and should be done before exercise, but unless there’s a follow-through in which those beliefs are activated and stretching takes place, the beliefs are pointless. They do nothing toward improving my flexibility or any of the other benefits that I am convinced stretching provides.

I was listening to a podcast the other day that discussed how somewhere along the lines of Church history, probably over the past few hundred years, a particular ideology that elevated beliefs over actions began to hold sway. That what you believe became more important than how you lived because it was the belief system that got you into heaven, not the work you did for others.  This switch has done no shortage of damage to the Church, its reputation and its witness in the world. And it’s a surprise to no one, of course, as we all know this to be true in our own experiences with church. I see there are movements away from that model of elevated beliefs over actions, which is encouraging, but by and large it seems to be the prominent modus operandi of most churches in the West today.

It only takes a bit of self-reflection to understand how the Church got here. Believing things has always been a lot easier than doing things. I’d much rather spend my time gathered with like-minded friends, wrestling over the “right way” to consider the issue of same sex marriage than to go out and be an agent of reconciliation and love in the LGBTQ community. And it feels really good to be all self-righteous toward other voices within the Church who hold to antiquated ideals about gender roles or who perceive the Bible’s authority differently than I do. I’ve spent countless hours and energy on all sorts of these topics – far more than I have actually embodying these beliefs. So, I get how the Church has gone down this road.

I realize I’m not the first to articulate these thoughts but I think this conversation as a whole needs to be far more prominent in today’s Church. It needs to be at the forefront of every believer’s mind and here’s why: in tandem with the movement toward pouring all of our energy and resources into arriving at the proper beliefs, there has also been a movement of disillusionment with Christian faith as a whole. The Religious Nones are the fastest growing religious segment in western society. Maybe it’s just my Twitter feed but the amount of faith crises I see tweeted on the daily is alarming. People my age—educated, well-rounded, generally hopeful and optimistic are vulnerably sharing in 280 characters their own inability to believe any of this anymore. It may be anecdotal but I suspect it’s reflective of a larger trend in the Church because I see it in my own life and it regularly emerges in conversations with those closest to me.

Which brings me back to stretching.

When we rely on the beliefs we hold about stretching to provide us the benefits of increased flexibility and better blood flow, it won’t take much for us to scoff and reject stretching as a practice when nothing materializes. Because if we don’t stretch, our beliefs can easily sway to doubt and disillusionment that stretching may not produce anything of substance, and stretching itself might become seen as a useless endeavour. And even if we don’t get to the point of scoffing and rejecting stretching, we might as well have because we’ve now moved so far away from the prospect of integrating stretching into our exercise routines that for all intents and purposes it’s just a distant concept with no bearing on our lived reality.

The only way stretching will become a regular part of our exercise routine is if we buckle down and commit to actually stretching consistently and are able to see the benefits of it in our lives. That’s it. When we’re no longer getting Charlie horses after runs or ache the next morning after a grueling workout. When we can track improvements in all areas of our physical health (and mental health for that matter) back to stretching, then we’ll be inclined to stretch. It’s not theorizing about its benefits or wrestling with whether we should do it or anything else, it’s just doing it. Stretching benefits us when we stretch. Go figure.

When we don’t embody the beliefs we hold, they won’t be able to hold us up under the stress and pressure of life. This is why faith crises abound. This is why Religious Nones continue to climb. There is a pandemic of disembodied faith systems in the Church today and it’s resulting in a disillusioned and disheartened generation walking away from church and their faith altogether. But I don’t think it has to be this way. I know I’m not alone when I say I want the kind of faith that when the crap hits the fan and life hits hard, my faith will be resilient enough to stay the course and uphold me through the turmoil. That I can cling to the Mystery in the throes of life’s toughest moments. We all want that but to get there requires something intentional.

Because faith deepens when it’s activated. We can find a million reasons to stop upholding the narrative of scripture and the way of Jesus. I can sympathize with many such reasons. However, when we consider faith to be less a subscription to a set of beliefs and more a way of life–ushered by conviction–then the fruits of faith are actually tasted. The likelihood of a misguided conclusion that pronounces faith to be pointless becomes significantly diminished.

It all comes down to this: when we walk in faith, we’re less likely to walk away from our faith. That’s it.

This post is part of a series in the #2021WritingChallenge started by Krista Ewert. This week’s word was “Stretch.”

One thought on “Stretching Benefits Us When We Stretch”