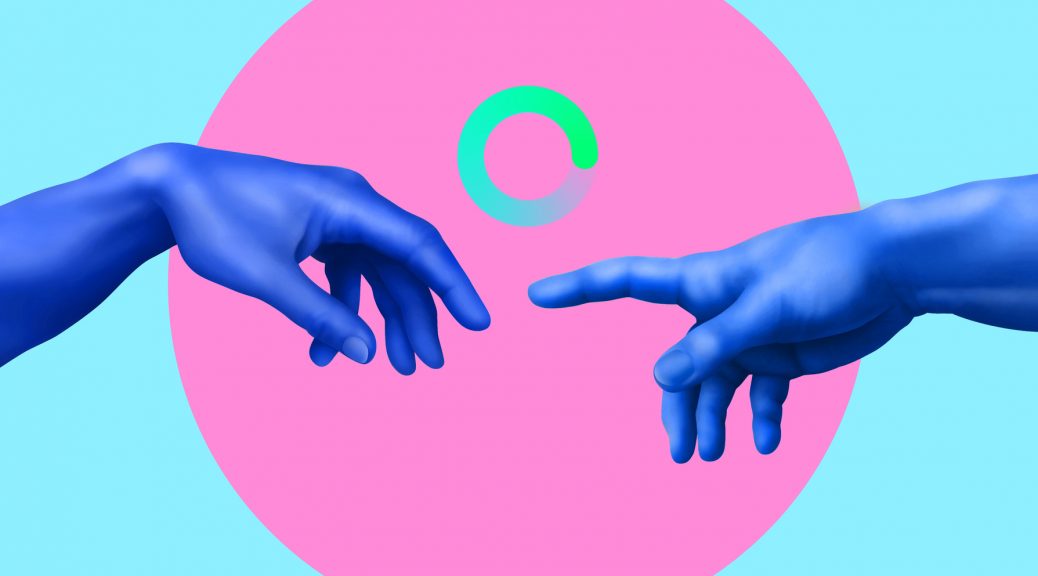 Quantum theory is interesting. Well, at least it’s interesting when your entire reality has been shaped through a Newtonian understanding of the universe. When the A+B=C, static, binary approach to physics is all that you’ve been handed and therefore all that you have to make sense of reality, then quantum physics is downright baffling and literally beyond comprehension.

In other words, this stuff is interesting for all of us. You just gotta dive in.

Truth be told I haven’t dove in too deep myself, yet, but even my cursory stroll into this world has piqued something of an awakening within. So you’ll forgive me for an exceptionally rudimentary and, no doubt, insufficient detailing of quantum physics. I studied communications, the butt of all pursuit-of-higher-education jokes and, let’s be honest, deservedly so. Suffice to say, quantum mechanics was not on the program’s syllabus.

This new paradigm to explain our reality began to make waves in my mind (pardon that wretched pun) when I encountered the double slit experiment. I realize any introduction to quantum mechanics begin with this strange experiment but if you’ve ever read about this or watched it on the YouTube machine you’ll have an appreciation for the weirdness of it all. I’m pretty sure it’s probably passé now to talk about it in the physicists’ world but $5 says nerdy physicists still use it at parties to pick up chicks. Just kidding, nerdy physicists don’t go to parties. (You should know that I’m only being a bully against nerdy physicists to compensate for my own envy of their careers comprehending the intricacies of the universe while I sit and write clever Facebook posts for a living. Sigh.)

Anyway, back to this experiment. Physicists placed two slits in the wall and shot a beam of particles (matter) through them. The result was that the pattern on the sheet on the other side of the slits was an interference or wave pattern, suggesting the particles actually present as energy when two slits are presented. So you shoot particles of matter – matter being stuff that occupies space, has form, etc. – through 2 slits and it shows up as energy. Something happens when you pump electrons through 2 slits that cause it to take on the characteristics of energy.

In other words, through the act of measuring some result at the quantum level, we see that there is an impact on the result itself. Think about that. It seems to suggest, maybe, somehow, that consciousness, i.e. the observer, has some bearing on the result of how matter and energy behave. Consciousness is somehow mysteriously tied to materiality in a way that is (currently) primitively understood, but that there is some relationship there seems to be clear.

Go ahead and wrap your head around that.

The first time I learned about these experiment results being altered by the mere presence of a 3rd party observer, I didn’t actually believe it. It was too much for my little Newtonian-influenced brain to comprehend so I just rejected it. Especially because there wasn’t a scientific explanation that could adequately contain it or explain it either. I needed the world to work within the framework that had proved itself reliable for the past 30 years thank you very much. And besides, “quantum” and “mechanics” were strange and mysterious words and frankly I was intimidated by it.

Speaking of intimidated by words, let me introduce you to quantum entanglement. And by introduce, I mean, provide a 30,000’ explanation of another bizarre phenomena at the quantum level that I have virtually[ no comprehension of. So this theory began with Einstein and his students. Interestingly, Einstein rejected it because it seemed to oppose his theory of relativity, but it eventually gained traction and was in fact demonstrated to work. This video provides a far more adequate explanation, but essentially when quantum particles share an interaction, a correlation is formed that connects them, called an entanglement. This entanglement persists forever, regardless of the space and time that might separate the particles. If you observe or measure a particle in one place that is spinning, its entangled particle—even one that is light years away—is instantly spinning in the opposite direction, as if the two are connected by a mysterious communication channel. Einstein called this “spooky action at a distance” and it certainly seems to lives up to that.

I’m not sure about you but reading this stuff awakens something in me. When I think about my current constructed reality and the assumptions I have as to how this reality “works,” it can be quite disillusioning if I’m honest. Particularly from a theological vantage point. So, for example, we’re told that when you pray X, then X will happen. When a friend is sick, we pray for healing and then we expect them to be healed. But the reality is, the outcome has always been quite arbitary hasn’t it? I mean, sometimes they’re healed and sometimes they’re not. Of course, when they’re healed, no problem. But when they’re not, we chalk it up to all sorts of reasons: didn’t pray hard enough; there was sin in the way; God had other plans; etc. Why? Because if A then B. That’s how it works. I believe this and this, God rewards me. I do this and that, God punishes me. This yields that; that yields this. Every cosmological option produces two results. For every action there is an equal and opposite reaction.

Yeah, this is Newtonian. Our Newtonian understanding of reality is so ingrained in us, it’s virtually impossible to comprehend reality outside of this. In fact, I think this is why quantum theory is so bizarre to us in the first place. We can’t comprehend a world outside of binary, static, causation. So when we peer into this world of the microscopic and observe these quantum particles giving Newton the finger, there’s this sense of opportunity, or awakening, to a new “set of rules”—defined so incredibly loosely—that fall outside what we currently accept as the parameters that shape reality.

We used to think we were at the centre of the universe. It took a lot of convincing and a decent amount of bloodshed for that paradigm to be overturned by a shiny new one that proposed the whole universe revolved around the sun. That new, and yet still woefully myopic understanding of our cosmological placement would eventually fall by the wayside as well. Regardless of how much closer to the truth each new iteration of these paradigms moved us, they carried with them a whole set of theological challenges for us to tackle as well. Big challenges like the fundamental understandings of God and the assumptions of our place in the universe and then more particular challenges like how to read the Bible in a way that doesn’t undermine its authority and things like that.

The point, I think, is that it’d be pretty amazing if, this time around, we could just skip all the fear-based resistance and just let science do its thing and then figure out the God stuff in light of that.

This is why, when I consider these quantum ideas, as rudimentary as they are in my non-sciencey brain, and I consider the potential they provide for reconsidering how the world works and, therefore, how theological and metaphysical concepts can be perceived in light of this, I feel like something awakens in me.

There’s an opportunity here. All of those challenges about prayer, say, or even God’s nature. How exactly is God present with us? Do quantum experiments that demonstrate the nature of entanglement and the role of consciousness somehow point to God? Should it be Consciousness with a capital C? It seems like we’re being given a whole new set of tools to try to explain Reality, or at the very least help point us to an increased awareness and understanding of Reality.

As Einstein did originally with quantum entanglement, we can reject these new ideas because they don’t fit within the current paradigm, clinging desperately to the nice and neat world that has explained things thus far, living in fear of what the implications might be for the yet-to-be-known ontological, existential and theological implications of something fundamentally new.

We can cautiously, in humility, embrace the chaos and mystery that the new paradigm invites us into, and see where it takes us.

These are just some initial thoughts on this exciting topic and for sure there needs more work in exploring them but you know what? I’m going to fight the urge to find a nice, ordered ending to this post and embrace the open ended chaos…

This post is part of a series in the #2021WritingChallenge started by Krista Ewert. This week’s word was “Awaken.” I used the word in my post, so it counts ;)