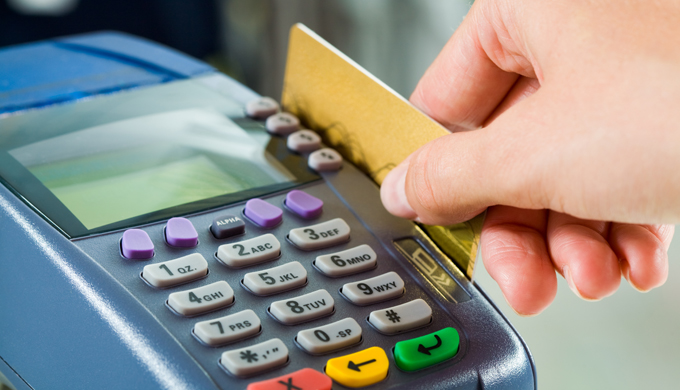 It sounds ridiculous, but I think I take for granted that as a kid, I had a grasp on the reality of things costing money. How much money something cost was a different story, but I definitely had a primitive understanding that if I intended to buy something, I needed to hand over cash. I grasped this fundamental truth of commerce at a young age through watching my parents purchase items. When we were at the store, a toy would be put through the till and I would watch my mom hand over money in exchange for keeping the toy. Sure there were credit cards 25+ years ago, but most people still used cash to pay for almost everything, and the thing was – we kids noticed this.  And before there was cash, we bartered. Kids noticed this too. Our forefathers traded milk and dried goods for beaver pelts. Their forefathers traded spices for…. feathers or something. I’m not exactly sure what they traded but it was something, and it was tangible.

Historically, there has always been a verifiable, visible system of exchanging one thing for something else.

I carry around a wallet that consists of a credit card, a debit card, and my license. I’m proud of this, really. In fact, I struggled for a few years trying to figure out how to combine my wallet and my phone into one easily transportable device. At last I found the solution and have been quick to share it with everyone since. I’m sort of an iPhone wallet evangelist, if you will. It’s really the only common sense answer to all your pocket-filled woes. At any rate, this was not my point. My point is, though, that I rarely hold money anymore. It’s actually an inconvenience to carry money. I’ve managed quite well, in fact, not having money around. We are a cash-less society, really, and I wonder if there might be unforeseen consequences to this convenience?

A three year old’s perspective: Daddy takes out his wallet, gives the man his magical card, and then gets the card back and puts it back in his wallet. Then we leave the store with the new toy! Now I’ve tried to explain to this three year old that money comes out of my account through an electronic transfer that goes from one bank account to another bank account to which questions like, “What’s a bank account?” and “What’s electronic mean?” and “Can I play with my toy now?” arise. Understanding the wonder of debit/credit cards is truly a challenge for a 3 year old. I guess my concern–and it’s not keeping me up at night, so don’t fret–is that I’m wondering if my kids are growing up thinking that there isn’t a cost to stuff? That we can walk into a store and show a magic card and then walk away with whatever we want. Despite my efforts, I’m almost positive Cameron is not grasping what’s taking place behind the scenes in the slide of my credit card and the punching in of my PIN. Which then begs the question, “What is he thinking actually happens?” Does he think his parents can just walk into a grocery store, get the food they want, and then walk out? And if so, what does that mentality do toward his sense of value attributed to stuff?