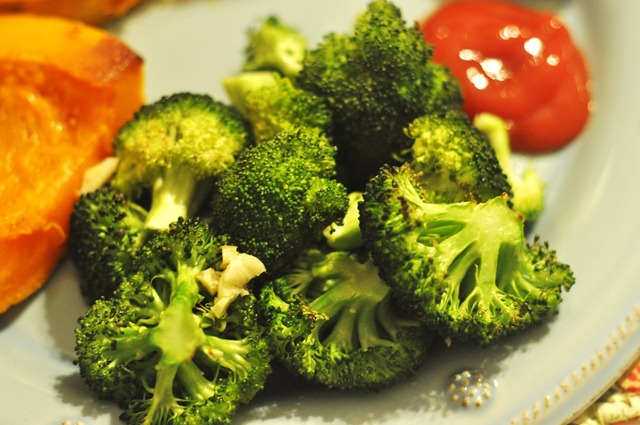 One of the greatest struggles we have with our four year old is getting him to eat. It hasn’t always been this way. When he was under 3, he would eat anything. It was out of control, really. In fact, there were days where we would just sit there with him and try 10-15 random foods from the fridge just to see what his limits would be. There were none. He ate anything. We were completely fascinated at this willingness to take on any edible substance, no matter the origin or how foreign it may appear. I remember how, because of this seeming success in feeding, we had a self-perception as parents as being unstoppable. If we could get our kid to eat anything, at this age, there was no limit to what we could instruct this kid to do. While other poor saps were taking desperate measures to get their toddlers to eat even just a few bites, Rhonda and I would look at each other with that smug “Get a load of this!” look and then carry on in our amazing parenting efforts, feeding our son some eggplant or other gag-inducing food that would undoubtedly be healthy, but borderline abuse.

And then things changed.

He started rejecting food that wasn’t, well, good. At first it was just the odd vegetable here or there but within a few months he had completely inverted. The variety of food he would once eat without a second thought he now rejected, leaving only a handful of items that he would eat without a fuss, and those foods generally consisted of deep fried goodness or sugar. Straight up sugar. Needless to say, we were in a pickle. Oh, and he would eat pickles too. We  begrudgingly accepted that our prowess as parents may, in fact, not have been so stellar in the past and that perhaps our kids’ eating habits were a product of him being a 10 pound newborn with a voracious appetite. Sigh. At any rate, our struggle just began. It sucked. It still sucks. And we tried everything, really. From the classic “force-him-to-eat-until-you’re-both-screaming-and-about-to-explode” to the “act-like-you-don’t-care-and-just-let-him-go-to-his-room” approach. We do the reward thing too. That works once in a while, I guess, but its success rate is sporadic at best.  Notice that I use present tense form here – implying that we have not come up with a solution yet that works.

I’m about to confess something that will show you how far I’ve yet to come in my fatherdom. Ready for this? Here goes. Wait, let me preface this by saying food is important. You don’t get very far in life without eating. So please consider that as you prepare your condemnation for me. Listen, when a kid’s not willing to eat the delicious chicken and broccoli on his plate that his mother so lovingly slaved in the kitchen all afternoon to prepare, well, you’ve got a real issue on your hands. Desperate times call for desperate measures. And, quite ashamedly, we’ve taken some of those desperate measures. Yes, we’ve. I’m throwing my perfect wife under the bus on this one too. Though, admittedly, the idea was mine.

Fear is interesting isn’t it? Consider for a moment how many decisions you make each and every day out of fear – fear of the unknown, fear of what others might think, fear of letting down, etc. etc. We fear lots of stuff in life. People say kids have no fear but that’s not true. Come on. Kids just don’t have the life experience to inform them on what they need to be fearful of, so they come across as fearless. But don’t buy that. No, kids definitely have fears — they just need a loving, responsible adult to present a presently unknown fear to them in a safe and controlled environment, allowing them to wake up to the fear, take ownership of it, and then become terrified of it for all time. Or at least until they grow up and gain some sense about some of those more irrational fears.  But by then it’s no longer your problem, so let it go, and discuss freely with your son or daughter how monsters under the bed really is a silly idea or how odd the idea of gum being stuck in your stomach for 7 years if you swallow it actually sounds when considering that stomach acid can dissolve razor blades.

(I know you know that I’m purposefully stalling here. Let’s say I’m fearful of your response to my heinous actions, okay?) Anyway, my point is, fear can be used to control others… not least of which can be our kids. And that’s what motivated my decision to handle Cam’s stubbornness to eat. Cam’s a visual guy, much like his Dad. He has some keen inductive skills. Knowing this, I reached for the laptop, opened Google Images and entered – are you ready? – “anorexia.” Okay, that’s not entirely true. Full disclosure, I actually Googled, “severe anorexia” (I really wanted to drive the point home). I  only had to show him a few pictures, really, before he put his inductive skills to work and realized the implications of what he was doing in his stubbornness to not eat. My four year old is clever that way.

Can I just say that this worked? I doubt this is in any way redeems me, but my four year old choked down his food that night because his parents took advantage of his naiveté and his natural propensity to avoid becoming deathly skinny through starvation.  I have no doubt that this will one day come back to bite me, and bite me hard; but for now, my son ate his food and we didn’t have to wrestle him to the ground to make it happen.

This whole story was intended to be a precursor to a much more serious discussion on using fear to direct our kids to Jesus. I’m going to get there soon enough, but this is probably sufficient for now.

So let me have it. Do we rank just below those parents who prepare their toddlers for beauty pageants? Or is this shameful confession  something you resonate with all too well?