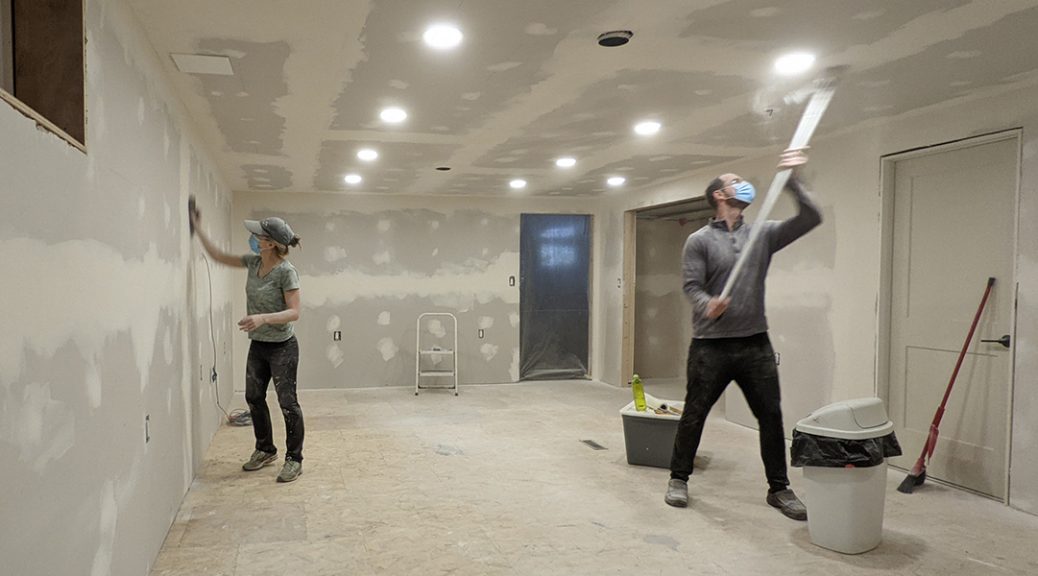 Last week’s #2021WritingChallenge Word of the Week was balance and this week’s is purpose so I’ve decided to combine the two into a long-winded, rambling post. Yikes.

A conversation I had with a buddy this past summer has been sitting with me for months now. We had stopped to skip some rocks along a river during a hike and were discussing some of the deeper things of life. To be honest I don’t recall all the specifics of the convo but I remember it was generally having to do with figuring out the purpose of life. Anyone who has read much of my blog can surmise that my convos often end up getting around to topics like these. I was going on about how society has so esteemed the pursuit of comfort and security above all others that even to question this fundamental drive invites scoff: Of course you’re working for your financial security. Of course you want to be comfortable and have all the things. That’s what life is all about.

But it isn’t really, and most of us when pressed would agree.

Because even though I spend the majority of my time and energy consumed with the pursuit of these very things, there has always been this internal dissonance that prompts me to desire something other. The problem is that the alternative purpose that I default to in my mind in response to this internal struggle is to idealize a version of the ascetic life in which security and comforts are sacrificed. In religious-spoke some would say this is good old fashioned Kingdom work. We all know the story of the rich young ruler.

Before moving on and without wanting to derail where I hope to eventually go with this post, I’ve come to appreciate and even be grateful for this felt dissonance. In fact, I shudder at the thought of what would become of me should I ever learn to ignore that nagging tension. The daily struggle to rectify what road to take between achieving my own comfort and security and directing that comfort and security to healing our world is good and right and keeps me from degenerating into a sort of Gollum-like character. And though I tend to side way too often toward self-serving end of things, I never want to ignore that nagging conviction and prompting toward the ascetic. But I digress.

When we spend too much time in our own heads, the world has a tendency to become starkly dualistic. So it’s good to be open to the insights and observations of others. As I was bemoaning all of this dissonance and internal angst on determining my purpose by the river that day, my buddy injected one word that could serve as a contrast to the pursuit of comfort and security: satisfaction. What if instead of pursuing comfort and security we pursued satisfaction? It took about 8 seconds of thought before embracing this profound truth. We were made to do stuff: to work, to create, to invent, to write, to build and so on. In fact, I recall N.T. Wright saying this is the kind of stuff that really makes up Kingdom work, not some ascetic life of suffering. Our society may seek to coerce us toward comfort and security as the greatest pursuit but time again my own longings and experience has demonstraetd that the real sense of fulfillment comes not in attaining but in the pursuit. It comes from the journey toward comfort and security, not the attainment of comfort and security itself. And intertwined in all of the pursuit and the journey is, of course, satisfaction.

My buddy suggested that maybe most of us (his nice way of referring specifically to “me”) are misguided in what we actually want out of life. We might think we want comfort and security but what most of us really want above all else is to be satisfied in our toil. How cliché has the story of retirees become who, after 30+ years in a career, have “no real plans” and just want to relax and “do nothing for a while,” enjoying the fruits of their labour, only to get antsy after just a few weeks – or even days – and have to get back into action in one way or another? The idea of sitting at the beach, relaxing as the water laps at your feet may be desirable, but… for how long? Because doing that day in and day gets old fast.

The sneaky thing is that satisfaction rarely comes via the path of least resistance. By its nature, the reward of satisfaction comes in knowing you took the hard but necessary road. This was certainly the case this past summer as we committed to the arduous home renovations that lay before us.

We had two options – either go on vacation, hire it all out and come home to a turn key house or get down and dirty and tackle it ourselves. Aside from the cost factor—which admittedly held major weight in our decision—I remember the conversation Rhonda and I had and how we actually wanted that feeling of accomplishment at the end: being able to stand there once the job was completed, reflecting back on everything that it took to get us to that point. We could anticipate the satisfaction it would bring before we even busted a single wall.

We ended up going with a hybrid approach, in spite of the fact that I am woefully under skilled in this area and timing was not on our side – which is where the lifeline of many of our friends came in. And actually, not to get sidelined again (but this is my blog so deal with it), another unanticipated advantage of opting to endure the slog was the connections and stories formed with others along the way. It’s humbling to look back on the help we had literally every single day from those who had pity on our exceptional ill-preparedness for the task at hand and the feeling of joy that ensued as we reflect on that help, even today. But again, I digress.

It’s hard to put a dollar value on the satisfaction we feel when we look back on that transpired over the past 6 months: the hauling out of bucket after bucket of concrete rubble from the basement, ripping out of floors and walls, the installing of floors and hanging of drywall, the installation of insulation and floors. We still hired out a good deal of expertise, but overall, we can look back and say “we did this, [mostly]” and yep, the satisfaction that ensued has made it all worthwhile.

And so finally, we arrive at the topic of balance.

Because when your raison d’etre is comfort and security, everything you do will be in pursuit of this. You work in order to eventually not work. You do stuff for the sake of getting stuff. But when you inject satisfaction into the equation, you now have to consider: Is the satisfaction I’ll gain from doing this myself worth the cost of my resources being expended?

There are often factors that limit our ability to pursue the “path of most resistance.” Practical things like timelines and availability get in the way. But then skillsets and patience levels as well. We didn’t do the electrical or the upstairs drywalling or the plumbing, for instance, because of these very things. I could, maybe, sit there and learn all the ins and outs of these jobs, but if we were to move in before 2030–and not have an electrical fire in the first week–this just wasn’t an option to consider.

So what is the balance with this stuff? This is tricky because it takes being honest with ourselves. What may be challenging or seemingly insurmountable isn’t always a strong enough rationale to just forego the satisfaction of doing it ourselves. After all, aren’t the most satisfying endeavours typically those that hold the most barriers at the outset? I think it was designed this way to push us beyond our self-imposed limits and cause us to constantly be growing. Yet oftentimes those realities that do prevent us from pursuing satisfaction can’t be ignored either and we shouldn’t feel bummed or sheepish about having to take the path of least resistance when needed. There’s obviously not a one size fits all answer but now that I’ve rearranged my purpose in life and have, at least theoretically, elevated the pursuit of satisfaction over security and comfort, I want the balance to tip away from “This is too inconvenient and I just want to relax” and toward “This is going to be hard and maybe not fun and uncomfortable and maybe even my sense of security will be tested, but I’m still going to do it because it will be more satisfying in the end.”

I’ve been challenged to stop taking the safest and easiest way and recognize the counterintuitive worth of the hard fought, sweat-inducing, stress-creating security-sacrificing path forward.

Because in the end, it’s all about balance.

One thought on “Satisfaction Over Comfort”