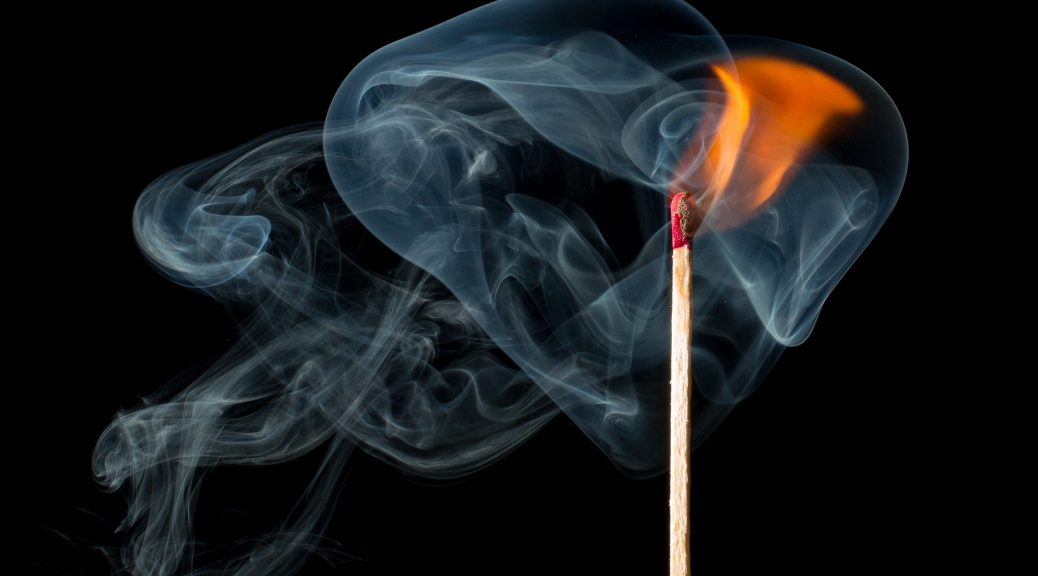 Building on last week’s post about the future of our church, I want to provide some more thoughts as to what I think might be a viable direction for our community to turn toward as we face a season of major transitions.

To recap, there are a number of factors faced by our community, including—what we sense—to be a persistent exhaustion over the past few years, that doesn’t bode well for moving forward with the same model and strategy as has carried us for the first 20 years. In other words, it seems like maybe the time has come for us to step back and re-evaluate many of the assumptions we think “church” should look like. I proposed that one such assumption to reconsider is the need for independence. We currently don’t have the bandwidth to go it alone and affiliating with a denomination and accessing the resources of other established churches with existing tried and true models for satellite churches, including weekly teachings and curriculum adoption, could prove to be a really solid interim—if not long-term—solution.

Although I believe this would alleviate a lot of the immediate pressure and solve a number of ongoing challenges within our community, its’s not to be seen as a panacea. There clearly needs a multifaceted strategy in place because at the end of the day, we can have the best teaching in the world and the greatest organizational structure and doctrinal statement and accountability modeling in place and all of the rest, but if there is no collective vision to ignite a hunger and passion for embodying cruciform love toward the brokenness within and all around, we’ll never be anything more than a pious social club.

A few years back our community rallied around sponsoring a Syrian family to come to Canada. There was a small group in the church who in particular felt the tug to do something tangible in the wake of the devastating situation taking place in Syria with jaw-dropping news and photos hitting our screens on the daily. There was one such photo of a boy washed up on the shore of the Mediterranean Sea that served as the spark that would ignite the flame throughout the West, in fact, that would lead to a forest fire response toward refugee sponsorship and other action to help alleviate the suffering of countless civilians.

That flame had certainly been fanned at Grassroots. The group formed an organization called Right to Refuge. A website was built, bumper stickers were distributed and fundraising efforts commenced. There was activism and advocating, housing situation established, language learning and more. Our community partnered with the local mosque, building friendships that last to this day. It was an inspiring season for Grassroots. And although it was just a small group of Grassrooters with the initial vision, it did not take long for the passion to spread through the entire community. The group eventually sponsored a second family and, again, much rallying and support came from within the church community.

It’s hard to look at moments like that and not think that this is the kind of stuff the church should be concerning itself with all of the time.

It’s strange because Grassroots, having been as financially strapped as it has been for most of its existence, has always looked to a strong volunteer culture to carry forth its ministry and yet there seems to be, for at least over the past 8-10 years anyway, a persistent waning of volunteerism in our community. Take children’s ministry, for instance. Most of us ought to have a vested interest in it due to having our own kids involved and most us would hold the conviction that kids’ ministry is an important if not vital component to developing the life of faith. Yet, getting volunteers for children’s ministry is consistently a major challenge. Why is that? Why is volunteering to rescue a family from Syria something we ran with so readily but volunteering to teach a Sunday school class or help with youth group appears so daunting?

There are probably a lot of reasons for this but some of the variables that ignited the refugee sponsorship, no doubt, arose from the culmination of urgency, novelty and, most of all, what happened to break the hearts of those involved. Listening to the news coming out of that part of the world every day and then seeing the photo of that Syrian boy lying facedown on the shore awoke something that couldn’t be ignored. The news provided the intellectual affirmation: “Yep, that’s bad. Something should be done;” whereas the photo of the boy provided the heart awakening: “We can’t stand by anymore… we must do something.”

Volunteering for Sunday School, as essential and necessary as it is, lacks the same sense of urgency. Let’s be honest, it’s not near as sexy nor compelling of a narrative to play a role in. It doesn’t alleviate immediate suffering and we don’t see the fruits of its work as readily nor as compellingly. We’re not moved by it. Sunday School, I would say, is a microcosm of the ministry of Sunday mornings itself.

Two thoughts emerge from observing this contrast of ministry and volunteerism and I provide these as very much from my own perspective, not to be taken as gospel truth. The first is that work needs to be done toward convincing us, myself included, of the importance and necessity of churchy ministry – things like gatherings, Sunday School, music, etc. – all of those things that we take for granted each week. Because church life is important and it shouldn’t be downplayed nor neglected. It plays a vital role in forming us, shaping our faith and values and continually reminding us of the larger narrative we’re a part of. Church grounds us and it takes work to make it work well, regardless of unsexy it might be. We recognize its importance in our heads but our hearts are often not compelled. This is an ongoing pursuit and no doubt an uphill battle, but it leads me to my second observation.

It may seem counterintuitive but despite my conviction regarding the importance of church service, I wonder if we’d benefit from focusing less on churchy ministry and more on responding directly to what breaks our hearts as individuals and as a community. Again, don’t hear me saying that Sunday School or Sunday morning gatherings aren’t important or necessary but I wonder if the practical and inspiring teachings and lessons we would glean from participating in these activities might not be better learned through hands on, heart-resonating work? Consider the by-products of the intentional work that refugee sponsorship provided: Kingdom-oriented purpose and intentionality, sacrificial giving, faith growing, community building, increased love for the other – the list goes on. All attributes we seek to train and instill in our community through Sunday morning gatherings.

Until this pandemic hit, I don’t think it’s a stretch to say that the current model of ministry saw the vast majority of our community’s resources poured into making Sundays happen. This is of course the trend for most churches in the West – Grassroots is not unique at all here. It seems to me that by focusing on pouring our resources into addressing the things that compel us, and less on Sunday mornings, we gain the benefits of Sunday mornings in the process.

I’m certainly not blaming or pointing fingers at anyone in our community’s leadership here. In fact, our pastor and the leadership have shown an acute awareness of this trend and have made significant efforts toward lessening the focus on Sunday services and increasing the focus on service itself over the past few years. Unfortunately, they’ve been up against a lot in this endeavour, not least of which is a community content to settle for Sunday mornings, who happen to be part of a larger Christian culture that elevates the Sunday service, erroneously inferring that Sunday morning church and all that it entails is at the heart of what it means to being a Jesus follower. Tied to this, of course, is the very real fact that it’s our community that pays the bills. A balancing act if ever there was one. If anyone is to be blamed here, it’s me. And maybe you, but I’ll let you sort that out. I know I’m usually quite content to settle and consume so I perpetuate the resistance of meaningful, hands on ministry.

Which is why there are some necessary lessons to be learned from the refugee sponsorship season of Grassroots’ past. Again, it goes back to what ignites the fire to get up, to respond, to move beyond our own comfort and to just go all in. Something needs to compel, to cause that internal dissonance between our hearts and our heads that won’t just ignite the spark but will fan it into a flame that won’t die down. As with the refugee sponsorship, the key is being tuned toward those matters in our lives that break our hearts to the point of demanding us to respond.

Our church is on the precipice of a new season with new opportunities. It would be a mistake to hear me saying that I want for us to forgo Sunday mornings altogether. I’m not wanting to pit one against the other but rather I think what I’m trying to propose is a reorientation and a redistribution of our community’s resources and focus. That of lessening the emphasis on Sunday church ministry and more emphasis toward meeting the needs of those instances, situations, people, relationships, hardships that compel us. In my mind, we’re not losing Sunday mornings, but we’re relegating it to more of a supportive role vs. the dominant purpose of our existence as an organization. So quite practically, I think there’s value, as challenging as it is, to carry on the current pandemic-model of church in which we gather as a whole once a month and otherwise engage in weekly meetings within our small groups. And, as I noted in my last post, those meetings would centre around the teachings of a church like the Meeting House.

I don’t want to seem naïve here. There will be casualties in taking such an approach, including a mass exodus, potentially, of much-loved community members who are simply wanting Sunday services to resume, which means even less financial resources, possibly having to give up the building, and all sorts of other potential fall-out that could result of which I’m sure I haven’t even considered. And, of course, we would expect all of this – this is hard and uncomfortable and is in direct opposition to a dominant Christian consumer culture we have here in the West, of which I am a card-carrying member.

But what’s the alternative?

As I see it, and again this is my vantage point so take it as you will, we would carry on with the never-ending efforts of trying to enlist and secure a volunteer base to uphold the pre-COVID Sunday morning ministry. A ministry that unfortunately leaves a community quite tired from spinning its wheels but not really getting anywhere. We’ll continue to expend energy and resources, propping up a system that leaves us with little gas left in the tank to attend to the brokenness that surrounds us and which truly compels us.

And if there’s one thing a church needs to get a fire going once it’s ignited, it’s gas in the tank.

This post is part of a series in the #2021WritingChallenge started by Krista Ewert. This week’s word was “Ignite.”