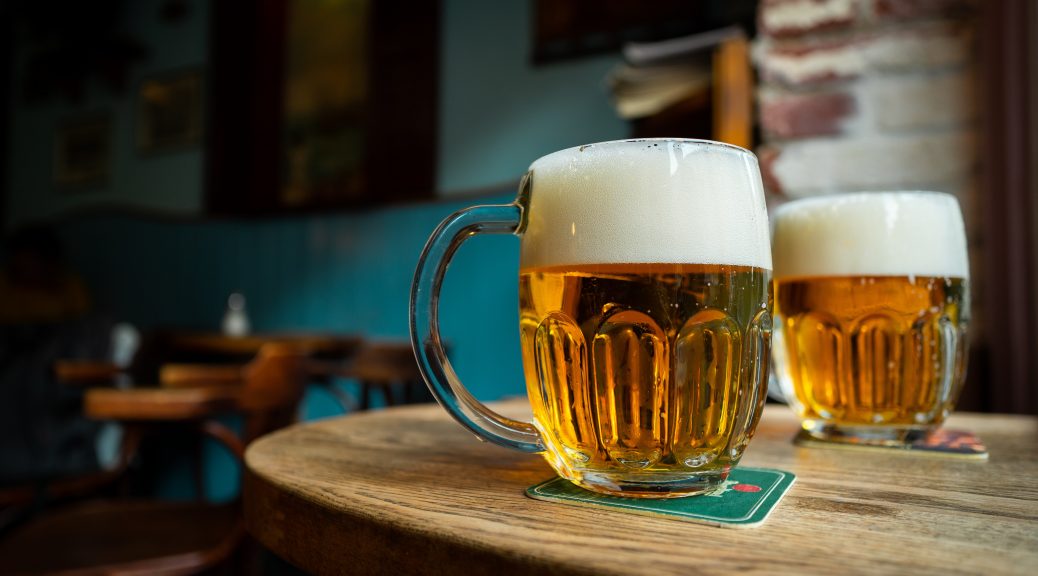 Good morning, son; twenty years from now maybe we’ll both sit down and have a few beers

Whenever I listen to “Still Fighting It” by Ben Folds, this one line just pops out. It materializes in my head, forming an image of what one day might be. As an aside, another line, “You’re so much like me, I’m sorry” is also capable of ripping apart my soul and would require more than a few therapy sessions and some serious self talk by Stuart Smalley to help in processing it. I digress.

But this picture of grabbing a few beers with your son and being able to share some laughs and tears as you chat about life’s joys and sorrows is something most dads I know intrinsically desire. See, to be able to sit down and have a few beers with your kid encapsulates two things: 1. Your kid as an adult is someone you legitimately want to be around – they’re not some narcissistic, self-indulgent snowflake who thinks the world owes them something; and 2. Your kid legitimately wants to spend time with you because he knows you’re a good man, not bent on controlling him or lecturing him on every life decision that doesn’t perfectly align with your hopes and expectations of him. At its core, this is what fatherhood is: shaping your children into being persons of character with well-rounded, self-aware personalities while maintaining a relationship of trust and confidence built on selfless love.

Woah, that’s good. I should print that out.

It sounds beautiful and seems super doable in those first days and weeks after birth when you’re holding him in your arms safe and sound as he sleeps peacefully, or in those first few years when he’s watching out the window with tears in his eyes as you pull out of the driveway and your heart literally aches as you spend those 8 hours apart each day. And if things stayed that way then, yeah, having a few beers together 20 years on doesn’t seem like some unattainable feat. In fact it seems only natural. I’m sure there are relationships in which this more or less does happen: kids born with a healthy disposition; dads with solid character and temperament, etc.—all those ingredients that make for beautiful inspiring relationships. If it does happen, it’s certainly not the norm.

In my experience, most relationships between parents and their adult children come with some form of baggage: past wrongs that can’t be overlooked, a shared trauma approached differently, diverging worldviews, clashing personalities and so on. The list of reasons are endless but as the baggage sits there, unaddressed and extrapolated over years—particularly during adolescence and even into adulthood—the strain and dysfunction in adult relationships seems to transpire with little effort. Suddenly, to share a few beers seems like a lot more work is needed to get there. It can certainly be reached but it will take no small effort on both parties to scale the Everest of baggage to get to each other. And, like Everest, it’s notoriously a challenging hike.

I’d like to think it isn’t typically just the luck of the draw that allow some parent-child relationships to flourish in adulthood while others whither. A healthy adult relationship with our kids that helps prevent the baggage from accumulating starts when they’re young. This word cultivate comes to mind, and not just because it’s the word of the week for the #2021WritingChallenge. It seems to capture well what I’m trying to get at here. You spend those first 20 years aerating the relationship soil by turning it over, raking through it, enriching it with nutrients and ensuring it is optimally positioned to produce a crop that will flourish. If all goes well, the baggage becomes empty luggage you can just squish down and walk over to get to one another.

That work of cultivation isn’t just directed at turning our kids into awesome adults we want to be around some day but also toward ourselves to become the kinds of people who can adapt and grow and be open to whoever our children become and, actually, be people that our kids will want to be with. That twofold cultivation takes intentionality and I’m hesitant to prescribe what it might look like because I am still in the throes of parenting myself, and in fact, on the cusp of going through the adolescent years (pray for me). Be that as it may, I think there is at least one thing that, should we be diligent in forming now, will optimize the soil conditions for the highest probability of a flourishing relationship with our adult children.

I’m not a gardener and I’m too lazy to do any research, so allow me to shoot from the hip as I exploit this metaphor of cultivating into a totally different direction. I’ve heard it said—by myself, right now—that one of the key factors contributing to a plant’s growth are the types of plants that surround it. Some species hog soil nutrients, others steal sunlight by casting shade (not just metaphorically either) while others’ root systems thrive by choking out others’ roots. Again, I have no idea if this is true but it sure seems probable, and what’s more, it works perfectly with where I want to go here 😉. It’s not hard to imagine how the types of plants surrounding a plant would be one of the most significant factors in determining the growth outcome of that plant. This seems true in the realm of character formation and parenting as well.

That old cliché “You are the average of the five people you spend the most time with” is some of the best advice you’ll come across. Seriously. Take a minute and write that one out and pin it to your fridge. It’s even better than the definition of fatherhood I noted earlier. Take a quick inventory of the people you hang around with most followed by some introspection and I guarantee you’ll discover you will align with so many aspects of life – interests, humour, worldview, basically everything. Including parenting styles and approaches.

One of my buddies has two daughters similar in age to my kids. Since before they could talk, he’d take his daughters out for breakfast on Saturday mornings to the local Husky Truck Stop. Literally, every single week. Just the three of them. His idea was to establish this as a rhythm in their lives that could be carried through as they got older and life became increasingly complex. Being intentional in creating this space each week because he believes it will one day yield open communication lines when it’s needed the most. It speaks to the kind of guy he is. I want to be like that.

Another close friend has a couple of teenage boys, currently working on getting their driver’s licenses. I watch him interact with his boys – how he connects with them about the things they’re interested in and yet influences them toward things he knows are good and awesome (fishing, say, or building their house). They’re teens and so have a tendency, at times, toward being punks who get into trouble and I listen closely as he shares his approach to dealing with those moments – particularly the effect their actions have on him. He is rarely rattled or surprised by their actions and, again, he does everything he can to keep those communications lines open. The fruits of his cultivation have already begun to be produced and it’s really encouraging to see. I want to be like that.

I have these two other buddies, each with a whack of kids, and each kid with a unique personality, presenting all sorts of challenges and opportunities as a parent. I watch them interact with their kids and how they roll with the punches of parenthood – joking with the older ones, being present with the younger ones, encouraging them to try new things, joining in challenges, spending hours on end in hockey rinks – basically prioritizing the job of parenting above all the other roles they play in life because they, too, want kids who will one day be awesome adults they can sit down with and share a few beer together. I want to be like that.

I know this is long but let me mention just one other close buddy to really drive my point home. He has a personality similar to mine: historically short on patience and only amplified when it comes to his kids’ antics and yet, like any good dad, just full of deep love and adoration for them. I’ve watched as, over the years, his patience has grown. So much so, in fact, that it’s changed him. His desire to be a better dad caused him to take serious inventory of who he was and make necessary adjustments for the sake of his children. I’ve watched with awe as he handles his kids’ outbursts and meltdowns with such unexpected peace that you swear he’d been smoking the ganja. And yet, that’s who he is. I want to be like that.

Don’t get me wrong, these guys aren’t perfect by any stretch. None of them have it figured out either. They have their faults and that’s okay. In fact, one of the things that endears me to each of them, and actually makes it easier to learn from, is their imperfections mixed with a healthy dose of self-awareness. You listen to these guys talk and they don’t shy away from admitting how they missed the mark in the parenting game. They spend time reflecting on how they can do things better, on things that make them the way they are, on aspects of their character that need refining. And then they go out and do better – or they don’t, but at least they admit it and keep trying. That’s the part that is endearing. I’d rather surround myself with guys who have a habit of messing up and trying to do better than someone who just nails it every time and, in the process, makes me feel like an unironic dad bod.

So this is the thing. If I want to produce kids that in twenty years we can sit down and share a few beers, a relationship in which life’s baggage has been dealt with in a way that doesn’t obstruct our relationship, then the work of cultivating starts with those whose own habits, practices, approaches to parenting I allow to rub off on me now. Iron sharpens iron and all that, but it’s true. The relationships with these guys shapes me which in turn helps me shape my kids and the relationship that we share. It’s pretty simple when it comes down to it.

I know that cultivating inspiring parent-child relationships is much more than this, but this is a really solid place to start I think. And we’ll leave it there for now because I’ve got a kid who wants me to help set up a YouTube channel so he can post sick guitar licks and acquire millions of views. Sigh. Turning over the soil, shovel by shovel…

This post is part of a series in the #2021WritingChallenge started by Krista Ewert. This week’s word was “Cultivate.”